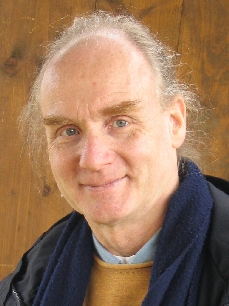 Wolfgang Förstner is Professor for Photogrammetry at the University of Bonn. His main research interests are statistical methods for image analysis, semantic modeling, and machine learning. He published around 200 scientific papers and supervised more than 30 PhD students.

Wolfgang has been co-editor of the Zeitschrift für Photogrammetrie, Fernerkundung und Geoinformation (1990-1996) and accociated editor of the IEEE Transactions on Pattern Analysis and Machine Intelligence (2006-2010). He chaired several ISPRS Working Groups and was President of the ISPRS Commission III (2004-2008). In 2016 he received the Brock Gold Medal Award for his outstanding contribution to the development in the fields of photogrammetry, remote sensing and spatial information sciences.

On Semantic Segmentation for Image Interpretation

Automatic interpretation of intensity or range images aims at deriving a rich semantic description of the scene solving a user specified task.  The gap between the gridded or irregular structure of the measured data and the user’s semantic model is classically bridged by supervised classification applied to the original data or to adequately aggregated data. Segmentation has played a key role for finding such aggregates and often can be interpreted as unsupervised clustering in some feature space. In order to overcome the disadvantages this two-step strategy, where the classification has no influence onto the segmentation, the concept of semantic segmentation has been propagated, which is kind of supervised clustering. In the talk we will discuss the progress in semantic segmentation and discuss its role for the interpretation of complex images.